As President-elect Joe Biden is inaugurated this week in the caged and militarised environment of the US Capitol, battle lines are being drawn in a concerted political attempt to regulate the power of the behemoths of the internet including Facebook, Google, and Twitter. The unregulated dominance of the online world by a handful of companies has not only damaged American politics, it has also hampered the mission of truth-telling groups like teachers and journalists to create a safe and reliable information space for everyone.

Just how powerful these companies are in shaping public discourse is shown by the co-ordinated crackdown barring Trump and his allies from their platforms. It had an immediate effect -- an instant drop in the spread of fake news and disinformation.

Online disinformation about election fraud plunged 73 percent in the week following Twitter’s decision to ban Trump on January 8. According to the Washington Post the ban on Trump and related right-wing conspiracy accounts is working, at least in the short term.

Not only has the spread of malicious lies slowed, but there has also been a sharp drop in the incendiary online discussion around violent and armed resistance to the election result that sparked the Capitol riot on January 6.

But why, many ask, did it take so long – four years of toxic hate-speech and falsehoods in politics, and a decade of poisonous and abusive communications at every level – for technology companies to recognise their responsibility?

The communications landscape forged by these companies has involved the unfettered exploitation of lies, fake news and abusive information. It has undermined the work of journalists, academics and teachers, public servants and politicians and it has polarised society into warring tribes.

It has also helped generate eye-watering profits and established a cabal of trillion-dollar companies bigger and more powerful than any group that American capitalism has ever seen.

The companies have made their billions taking advantage of a regulatory vacuum caused by long-running aversion to controlling the internet in the US and elsewhere.

Now the mood has changed. Politicians and civil society groups want to take back control of their information space and restore public confidence in fact-based communications and decency in civil and public discourse.

In particular, there’s a growing demand for an end to malicious lies, plagiarism, abuse of copyright, disinformation, hate speech and personal abuse.

The journalism and news media have particular interest in a return to communication values. Over the past 20 years the value-free business model of social networks like Facebook have drained vital advertising revenues from the news industry, leading to widespread closures and the loss of tens of thousands of jobs.

The investigative work of ethical journalists and the valuable research of academics deserves a hearing, but in an era of fake-news and “alternative” truths peddled online, fundamental truths have been disregarded, often with hostility and contempt.

As the Financial Times noted this week, the social media companies seem to have successfully navigated the minefield of this year’s presidential campaign, avoiding charges of bias, fake news and foreign interference that cast a shadow over their role in Trump’s 2016 election.

But they hit trouble with Trump’s intemperate denial of the results. The failure to foresee the catastrophic consequences of allowing his “stolen election” campaign exposed them in the aftermath of the riot at the Capitol. Panic-stricken Facebook and Twitter shut down the President’s accounts. Other tech companies quickly followed suit.

Now the talk is of the need for tougher laws, ending the tech platforms’ legal protections, and rules controlling online content.

The riot in Washington and barring of Trump’s tweets are a sign that America’s civic discourse is in crisis and that the tech companies, too big and too powerful, are partly responsible. The question of breaking up these massive conglomerates is also on the table.

One choice facing President Biden will be to use antitrust law to enforce greater competition in social media and giving people more choice over their online platforms. The US government is already challenging Facebook’s ownership of Instagram and WhatsApp, and Google’s ownership of YouTube is also under scrutiny.

Antitrust policy could result in better civic discourse, but free speech means allowing fringe sites to establish a place on the internet — even a group like Parler, which is robustly Trumpian, should be heard as long as there are effective rules to prevent incitement to hatred and violence.

Offline harm as a result of online speech is demonstrably real, as any teacher will tell you, and these companies need to develop transparent methods of internal policing. One key improvement will be to enforce transparency over the rules that the platforms apply to policing speech, along with more consistent enforcement.

In Europe, steps are already being taken to impose safety checks on internet companies that act as gatekeepers, including a transparent audit of their use of algorithms and their decisions on content moderation. The European Union digital services act will force technology companies to do more to combat hate speech.

External and independent oversight of technology companies and their most controversial decisions will be essential.

In a bid to head off external interference, there is a movement towards self-regulation – such as the Facebook Oversight Board set up last year. But this is inevitably hampered by its links to the company and, as the distinguished journalist and academic Emily Bell has noted “it’s so painfully slow and incredibly limited in scope that it is very hard to interpret it as anything other than a public relations exercise.”

Most observers will think that the opportunities for the tech industry to do its own house cleaning have passed. After last week’s stark demonstration of tech company power over political speech, the day when they are cut down to size and made accountable to the public they serve just got one step closer.

“Time to shine a bright light on and act in the Philippines”, by David Edwards, Anthony Bellanger, and Ambet Yuson 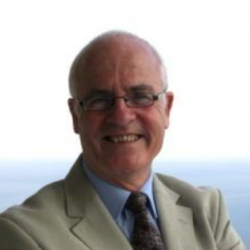 Aidan White is the Founder of the Ethical Journalism Network and former General Secretary of the International Federation of Journalists.