On the eve of the International Day for the Elimination of Racial Discrimination, it is prescient that our trade unions in the UK will be coming together at the Trades Union Congress (TUC) Black Workers’ Conference to advance a progressive agenda for anti-racism on the anniversary of the first national Coronavirus lockdown. In the last year we have seen the country plunged into a health emergency, an economic emergency and a racial justice emergency. A health pandemic and the Government’s response to it has reopened the deep wounds of structural racism that continue to blight and scar our country and our economy.

Black communities and workers hard hit by the pandemic

Structural racism continues to hold back communities and blight life chances. We have seen that most starkly in data showing the highest rates of Covid-19 deaths amongst Black communities. Black communities have been systematically failed by a Government response that was supposed to protect us all during the pandemic.

Black women are around twice as likely as white workers to be employed in insecure jobs. They have also been less likely to be protected financially during the pandemic. It is devastating to note that Black women are still 4 times more likely to die in pregnancy or childbirth.  The Covid-19 pandemic has brought this disparity even more starkly to light.

Young people from Black backgrounds are more likely to be unemployed than white workers at every qualification level. As we witnessed in the 1980s under Margaret Thatcher’s government, young Black people once again face a very real prospect of being left behind unless determined and concerted action is taken to ensure that the country’s pandemic response delivers racial justice.

Disgracefully, since the start of the pandemic, Black workers have been faced with “fire and rehire” employer practices at nearly twice the rate of white workers, with 1 in 7 Black workers told by their employer that they risk losing their jobs if they do not accept inferior terms and conditions, compared to 1 in 13 white workers.

Our communities continue to endure racist attacks on our streets and the discriminatory use of police stop and search. During the pandemic, Black and Asian people are 54% more likely to be fined under coronavirus rules than white people.

As Black workers, communities and trade unions, we want no more excuses. No more delays. The Government has failed to keep its promise of ending racial injustice, by cutting funding of equalities enforcement bodies and refusing to publish race equality impact assessments of the emergency measures they have introduced over the last year.

It’s time the Government stopped paying lip-service to equality. They must act.

Our trade union movement is demanding change. And, that is what our unions are doing through the work of the TUC Anti-Racism Taskforce. We will not stand by whilst racism continues to operate and where White and Black working people are pitched against each other while racial injustice continues to exist.

Unions like the NASUWT are working to build a new generation of activists focused on anti-racist campaigning in the workplace and working in tandem with civil society organisations. We are determined to put front and centre action to challenge racism wherever it exists - in our education system, in government, in the workplace and in our unions, too.

It is time the Government stepped up, too. Ensuring an effective Equality Act that is properly enforced would be a start. But, action is also needed to institute mandatory reporting by employers on their race pay gaps; a national action plan to tackle the racial inequalities in work, health, education and justice; and a ban on zero-hours contracts and strengthening the rights of insecure workers. Proactive measures are also needed to prevent rising unemployment and to improve the social safety net for those who do lose their jobs. We also need legislation that delivers stronger protections for all working people, and a curriculum in our schools that teaches about the historical injustices that drive structural racism.

A national recovery plan would create the conditions for ending racism within our communities and in our workplaces. The pandemic of racism can be defeated, but it will require committed leadership and concerted action to do so. 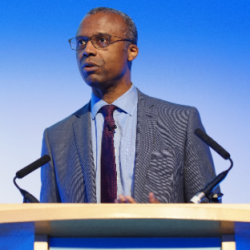