Since the coup against President Dilma Rousseff in 2016, the black population has seen an upsurge in violence. With the election of Jair Bolsonaro in 2018, racism, in effect, became state policy. Racism has always existed in the country, but racists are more visible, showing themselves in broad daylight and proudly practicing their prejudices. As a result, the celebration of the International Day for the Elimination of Racial Discrimination on March 21, an important date for the movement of black men and women around the world, this struggle took urgent and dramatic form in Brazil.

Two cases illustrate these trends: the assassination of João Alberto by Carrefour security agents in Porto Alegre (RS) in November 2020 and the continuing impunity in the case of the death of Marielle Franco in Rio de Janeiro (RJ), which occurred in March 2018. Despite the uprising of black movements, structural racism makes it difficult to fully understand the extent of this grave situation.

The shooting that caused the death of city councilor Marielle Franco and her driver Anderson Pedro Gomes continues to resonate not only in Brazil, but around the world. Indeed, the executioners of Marielle could not have imagined that she would have so many followers and that her influence would last and inspire all those who fight for social justice.

These are emblematic cases. With more than 300 years of history - with slavery not being abolished until 1888 - racism is ingrained in Brazilian society and forces the national black movement to fight hard. Knowing that racial discrimination sustains the social, political and economic structure of Brazilian society, it is vital to react to the normalization of the situations that provoke racism.

There is an urgent need to recognize that a genocide of black Brazilian youth is underway, with the complicit silence of society. Data from the Atlas of Violence 2018, which uses the figures for 2016, shows that of the 61,283 violent deaths that occurred in 2016 in Brazil, most of the victims were men (92%), black (74.5%). and young people (53% in the 15 to 29 age group). This is deadly and intentional violence against black people.

Jair Bolsonaro is destroying policies aimed at valuing black people, who represent 56% of the population. In his government, recognition of the quilombos has fallen to an all-time low. Without official certification, the territories where black men and women took refugee during the colonial period remain excluded from public policies and tend to become the target of conflict.

In addition, with the Covid-19 pandemic, the long-standing difficulties that black men and women have in finding their place in the labour market have increased. Given their vulnerable situation in terms of income and housing, without the possibility of isolating themselves properly to avoid the spread of the virus, including through having to make long trips on public, urban transport, are more exposed to contamination.

This trend, which is explained by social inequalities and racial prejudices, is highlighted in another survey carried out by the Brazilian Institute of Geography and Statistics (IBGE), which shows that women, black people and the poor are the most affected by the disease. Out of ten people reporting more than one symptom of Covid-19, seven are black or of mixed race.

In the past two years, 49 racist statements have been made by representatives of public authorities. A quarter of them were delivered by President Jair Bolsonaro. These figures come from a survey carried out by the National Coordination of Quilombola Rural Black Communities (Conaq) and by the NGO Terra de Direitos, which compiled the racist statements made by members of the federal government, parliamentarians and magistrates between 2019 and 2020.

Faced with the amplification of racism in Brazil, on 21 March, we reaffirmed our commitment to fight racism throughout the world. We must make ourselves heard by widening the space for reflection and by making visible the situation of vulnerability from which the quilombolas and young black people suffer and place them on the public agenda.

The international conscience must be awakened to racism. However, this will only happen when black people react to the violence against them. In the face of a genocidal and racist government, let's take care of each other. Protect our young people, the quilombolas, and women. It is only by strengthening social movements that we will ensure respect for diversity and make the voice of the black people heard throughout our society.

“Committed leadership and concerted action needed to end the pandemic of racial discrimination”, by Patrick Roach. 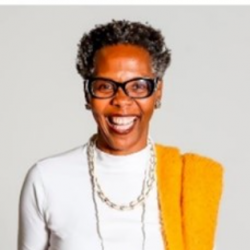