Governments across the globe are overlooking two of the most powerful tools in the fight against climate change and the building of just, sustainable, societies—teachers and students.

If humanity is to avoid the worst consequences of global warming and fast forward the green, clean and sustainable economies of tomorrow today, it has to start at school.

As far back as 1992, when nations came together to ink the first UN climate agreement, world leaders noted that education needed to be part of the response.

Today too many schools world-wide remain almost untouched by that bold and visionary plan despite the efforts of many teachers and organizations to bridge the gap left by governments.

A recent report by the youth group Teach the Future found that 70 per cent of teachers in the UK, the host of the next UN climate conference, felt that they had not had adequate training to teach climate change.

They are findings that could have been made in almost any country round the globe with young people reporting that if climate change is taught at all, it is often cursory or siloed in a science or geography lesson.

With the climate threat now transformed into a climate emergency; affecting every facet of life and the window for action closing fast, the underplaying of the importance of climate education has become a national and international liability.

Indeed, scientists have recently concluded that without quality climate education, the chances of realizing the safety limits of the 2015 Paris Climate Agreement will remain a distant hope rather than running reality.

Meanwhile the hope of building green, sustainable economies and new, living wage  jobs will be held back because these depend on the skills, the knowledge and the enthusiasm that quality education nurtures.

On the eve of the Leaders’ Summit on Climate, hosted by the United States of America’s President Biden on Earth Day 22 April, over 32.5 million teachers in 178 countries convened by Education International held their own Teach for the Planet—Global Education Summit to say enough is enough and to lead the charge toward the sustainable future we all need to survive.

The fight against climate change must have an education face and a teacher’s voice in every area of the world.

The educators of the world are supported not just by each other but by millions of young people who are organizing for change. Citizens also support stepped up ambition on climate education. Last year’s Climate Assembly UK listed many actions such as taxing short haul flights and food choices as important, but their overall ask was stepped up action through climate education and public awareness.

A survey of some 80 countries carried out in 2015 by the WorldWideViews found that the majority of ordinary citizens from rich and poorer countries alike put climate education as their number one policy for addressing climate change followed by protecting tropical forests.

Teachers and youth groups are also part of an international climate education initiative, spearheaded by EARTHDAY.ORG and now involving over 450 organizations from six Continents.

It is time for governments, starting in the run up to the UN climate conference in Glasgow in November, to make good on the promise of 1992.

It is time to agree to make quality climate education a compulsory, core subject for all and to weave it across national climate plans or Nationally Determined Contributions and national curricula world-wide.

In its manifesto, Education International calls on governments to prioritize quality climate change education for all, engage in policy dialogue with teachers and their representatives on climate education policy, and ensure that education staff receive the support they need to teach this crucial subject. Climate change is the biggest challenge facing young people today. It is time to support education systems and teachers to do their job in a rapidly changing world.

In doing so, we can equip young people everywhere with the knowledge needed to thrive, to engage with confidence, to become climate solutions entrepreneurs, to hold leaders to account and to shape a better future than the one they are currently inheriting.

"What obstacles for Education for sustainable development among teaching staff? », by Dominique Bernier. 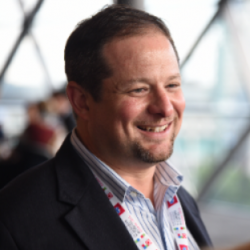 David Edwards is the General Secretary of Education International. 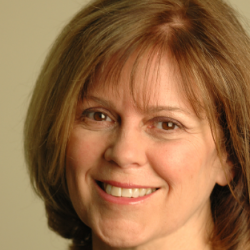 Kathleen Rogers is President of EARTHDAY.ORG