In 2012, John L. Hennessy, president of Stanford University, warned that technology was about to dramatically and irrevocably disrupt higher education. “There’s a tsunami coming,” he told The New Yorker. The quote was quickly picked up by pundits and futurists of all sorts arguing that massive open online courses (MOOCs) were about to turn universities and colleges into dinosaurs. “The tsunami is coming whether we like it or not,” Coursera founder Daphne Koller famously told The Atlantic. "You can be crushed or you can surf, and it is better to surf.”

In early 2013, Pearson jumped on the disruption surfboard, releasing a report that slightly modified Hennessy’s metaphor to predict that an “avalanche” is coming: “Just as we’ve seen the forces of technology and globalisation transform sectors such as media and communications or banking and finance over the last two decades, these forces may now transform higher education. The solid classical buildings of great universities may look permanent but the storms of change now threaten them.”

In 2013, there was some seductive appeal to the argument that end of times was nigh for traditional bricks and mortar universities and colleges. Technology after all had fundamentally transformed all sorts of industries. So why not education too?

And the hype was hard to ignore. A New York Times headline declared 2012 the “Year of the MOOC.” Politicians salivated at the prospect that MOOCs could boost enrolment on the cheap: online classrooms employing just one professor could draw bigger crowds than the final match of the European Champions League. Venture capitalists and Silicon Valley speculators poured cash into MOOC upstarts in the hope of getting in on what they thought was the next big Internet money-maker. Techno-utopians confidently pronounced that MOOCs would put the highest quality university education within reach of the world’s poorest peoples. The New York Times columnist Thomas Friedman went so far as to enthuse that “nothing has more potential to lift more people out of poverty.”

But by the end of 2013, the much anticipated tsunami turned out to be little more than a ripple. Irrational exuberance was dampened by some startlingly cold facts: most students enrolled in MOOCs struggled with the material, fewer than 10% actually finished a course, and only about half of those received a passing grade. Faculty members in North America and Europe began speaking out about the downsides MOOCs. In California, a bill that would have required all the state’s public universities to grant credits to students who completed MOOCs was quietly withdrawn. Meanwhile, several universities ended deals that had merged MOOCs with their traditional degree programs.

Sebastian Thrun, founder of MOOC provider Udacity, admitted failure by the end of 2013: “We were on the front pages of newspapers and magazines, and at the same time, I was realizing, we don't educate people as others wished, or as I wished. We have a lousy product.”

What went wrong? Of course, MOOC’s were famously over-hyped from the beginning by peddlers of private education looking to attract investors to their cause. MOOCs simply couldn’t live up to their marketing hype.

However, there is in my mind a deeper reason for failure. The MOOC model was flawed from the start because education is not an industry, and certainly not a service like banking or finance. Teaching and learning is by nature intimate and personal. Higher education is about thinking critically, challenging one’s pre-existing prejudices and biases, and understanding the world from a variety of perspectives. These are skills not easily acquired by watching videos alone on a computer screen.

If education is really about intimacy and interaction, then MOOCs are simply no substitute.

“In the early days of MOOCs, none of us really knew what we were getting into, including the professors who were involved,” the Dean of Distance Education at the University of California Irvine recently told the Chronicle of Higher Education. “What we learned is you try to present a MOOC for what it is. It’s a free course, with relatively little interaction with faculty members.”

It’s foolish to think that markets or technology, like some tsunami or avalanche, can sweep aside proven educational methods and pedagogy. Of course, technology can be put to good use by professors, but they, and not the speculators or futurists, must take the lead if it is to be successful. 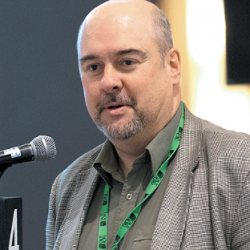 David Robinson is the executive director of the Canadian Association of University Teachers (CAUT) and has served as a senior consultant on higher education, copyright and international trade issues to EI for the past several years. Prior to joining CAUT, David was the senior economist with the Canadian Centre for Policy Alternatives, Canada’s leading progressive think-tank. He has also been a lecturer at Simon Fraser University in Burnaby, British Columbia, and Carleton University in Ottawa.